Going back centuries, India’s cuisine has played a role in shaping world history, as exotic spices were traded between India, Europe and Asia. Pepper, cinnamon, nutmeg and cloves were prized commodities that drove explorers and merchants across vast oceans, established empires and tipped the balance of world power. Indian Cuisine to this day revolves around dishes prepared using those same fragrant spices. An endless array of spice mixes are central to Indian Cuisine and find their way into the ubiquitous dish known as a “curry”, translated as any dish with a sauce or gravy. Also central to Indian Cuisine is a method of cooking in a tandoor clay oven, creating a dish known as “tandoori”. Most proper Indian meals include the accompaniment of a chutney. True Indian chutneys are typically fresh concoctions of fruits, vegetables and herbs that more resemble a relish or a pesto. 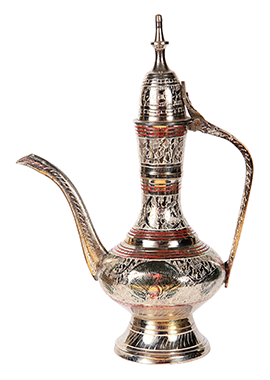